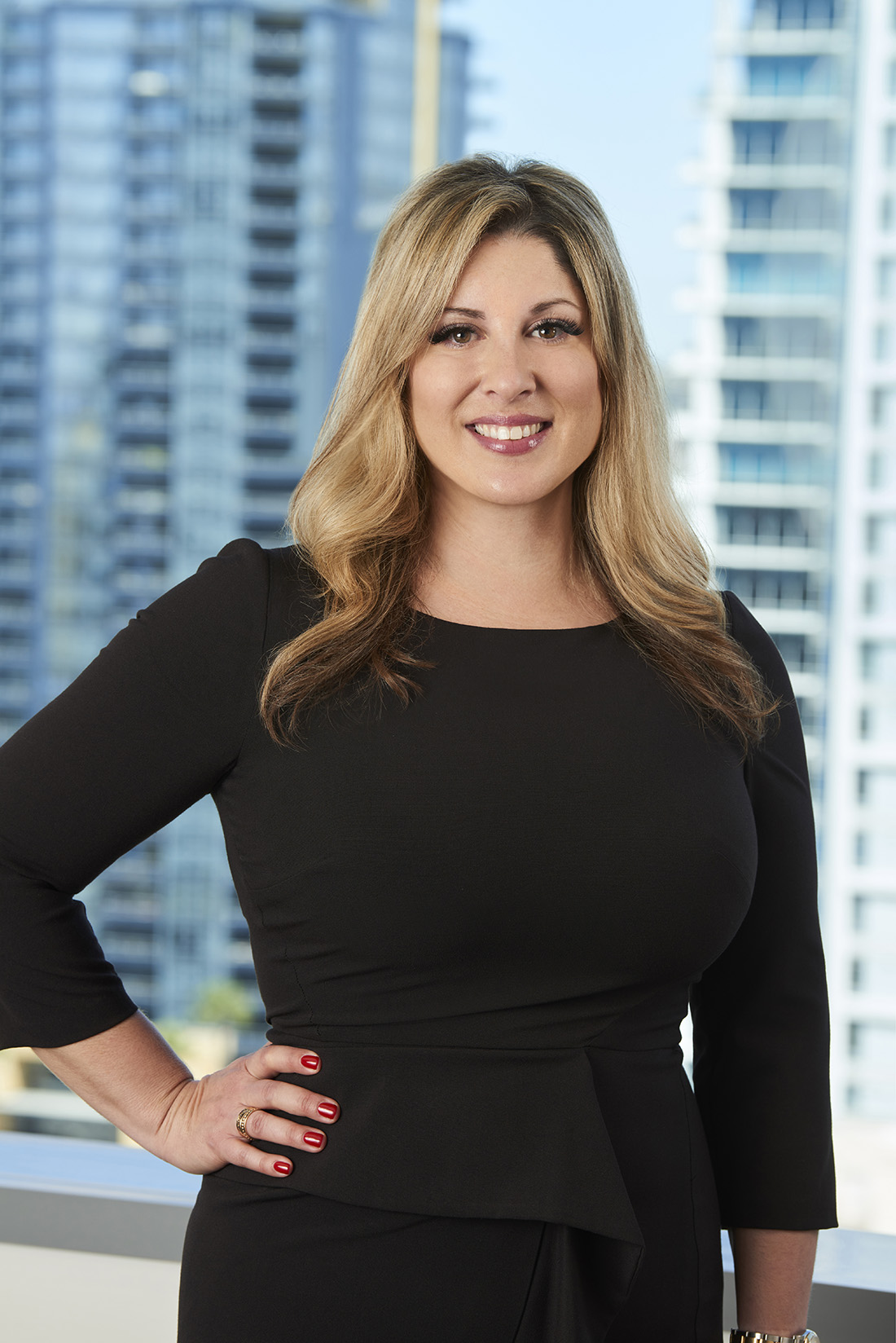 Deborah Dixon is a founding partner of Dixon Diab & Chambers. Her practice focuses on class and mass actions relating to defective products and fraud. Deborah also handles various commercial litigation disputes, including gender discrimination and harassment actions. In addition to filing claims on behalf of employees, Deborah frequently advises employers on best practices to avoid lawsuits and presents on the importance of inclusivity in the workplace. Deborah has represented hundreds of clients injured by utility-caused fires in California. She actively litigates cases in state and federal court, having completed several multi-week jury trials in both federal and state courts, as well as several bench trials and arbitrations.

Deborah has been recognized as a Super Lawyer every year since 2016, and the Top 25 Women Super Lawyer in 2021, as well as a Super Lawyers “Rising Star” in 2014 and 2015. In 2014, Deborah was named by San Diego Metro Magazine as one of the best and brightest in San Diego in its “40 Under 40” designation. The San Diego Business Journal awarded her “Best of the Bar” in 2014, 2015 and 2016. Deborah has been recognized by the San Diego Daily Transcript as a Top Attorney, the 2012 Woman of Influence and the 2012 Top Young Attorney. She was selected “Top 40 under 40” by The National Trial Lawyers.  In 2017, she received an Alumni of the Year award from California Western School of Law in recognition of her contributions to the community and mentoring law students and young lawyers.

Deborah is the current Vice President of the San Diego County Bar Foundation and serves on the Board for the San Diego Inn of Court. She previously served a three-year appointed term as a Lawyer Representative to the United States District Court for the Southern District. She is the past-president of Lawyers Club of San Diego, the largest specialty bar association in San Diego.  She is also the past-president of Alumni Association Board of Directors for California Western School of Law, where she served on the board for a six-year term and has been an adjunct professor in multiple courses relating to trial and alternative dispute resolution. 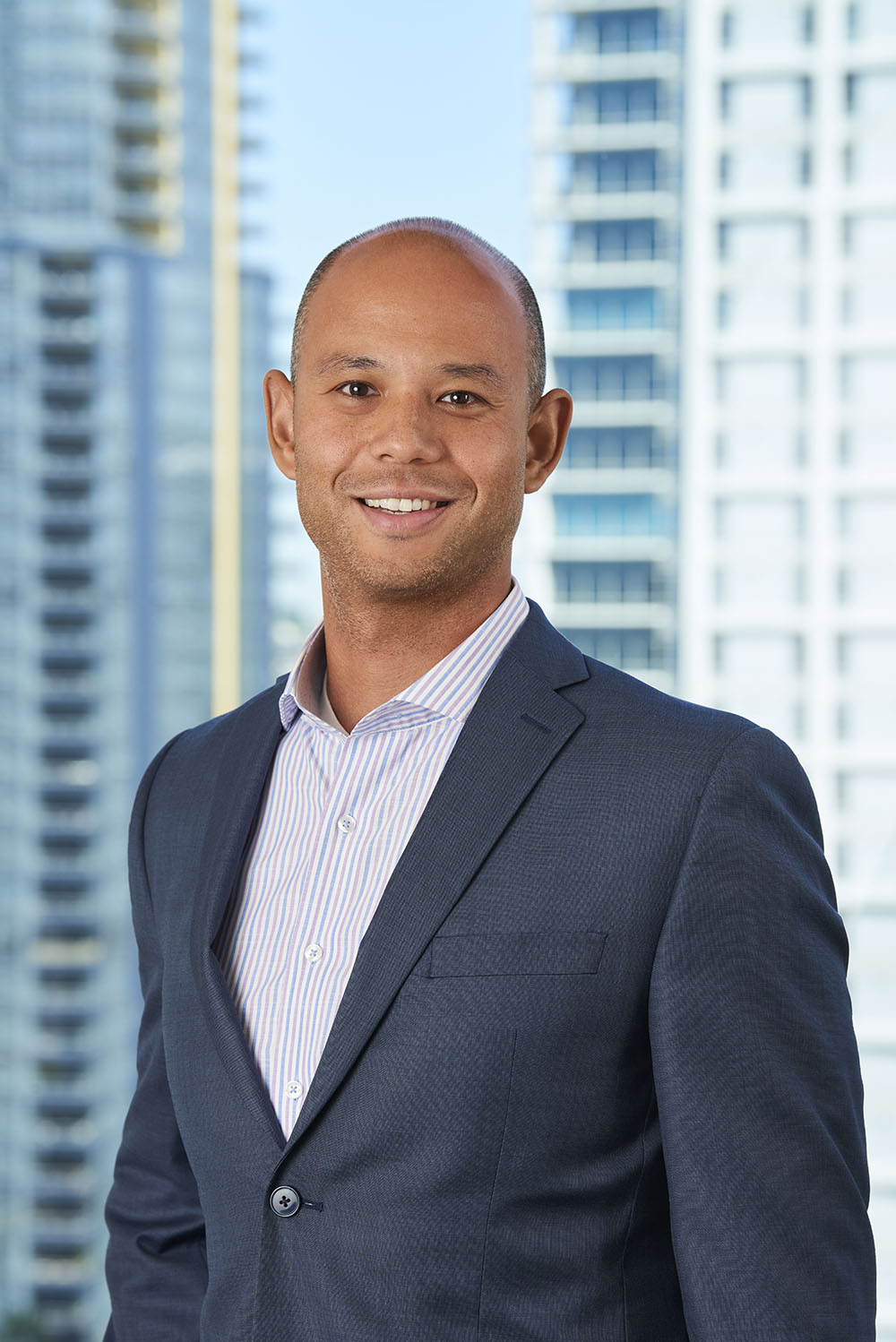 Ed Diab is a Founding Partner and leads the firm’s mass tort practice. In the last two years alone, Ed has recovered over $1.45 billion on behalf of his clients. In 2020, the Daily Journal awarded him the prestigious California Lawyer Attorney of the Year (“CLAY”) Award for the $360 million settlement recovered on behalf of 20 public entities represented by him that sustained damages in the 2017 Thomas Fire and Montecito Mudslides and the 2018 Woolsey Fire.

In June 2019, Ed was part of the team that negotiated a historic $1 billion settlement on behalf of 14 public entities for taxpayer losses caused by the 2015 Butte Fire, 2017 North Bay Fires and 2018 Camp Fire. Representative clients included the County of Sonoma, County of Napa, County of Butte and the Town of Paradise that sustained severe damage as a result of fires alleged to have been caused by Pacific Gas & Electric Company.

Against Pacific Gas &amp; Electric (“PG&E”), Mr. Diab was co-lead counsel for the Town of Paradise, Butte County, Sonoma County, Napa County, Shasta County, Tehama County, and the City of Santa Rosa, to name a few. Against Southern California Edison, Ed was co-lead counsel for Los Angeles County, City of Malibu, Ventura County, Santa Barbara County, City of Westlake Village, and the City of Calabasas, to name a few. He was also retained by over 1,500 individuals and families that sustained damages to their homes, personal property and personal injuries from these fires.

In November 2019, the same team negotiated a $360 million settlement on behalf of 23 public entities for taxpayer losses caused by the 2017 Thomas Fire/Mudslides and 2018 Woolsey Fire. Representative clients included the County of Los Angeles, County of Ventura, County of Santa Barbara, City of Malibu that sustained severe fire damage and losses from mudslides that they alleged were caused by Southern California Edison. The team also currently represents hundreds of families that sustained damages to their properties as well. Ed was also actively involved in the widely publicized lawsuit against Pacific Gas &amp; Electric arising out of the 2010 San Bruno Gas Pipeline Explosion that leveled 38 homes and killed 8. He represented numerous plaintiffs with property damage claims arising out of the 2013 Powerhouse Wildfire in Los Angeles that scorched more than 30,000 acres in Santa Clarita. He also has extensive experience litigating gas explosion and wildfire claims in Montana, Washington and Texas. Because of the foregoing experience, Ed has had the honor of being personally appointed to several leadership positions including: 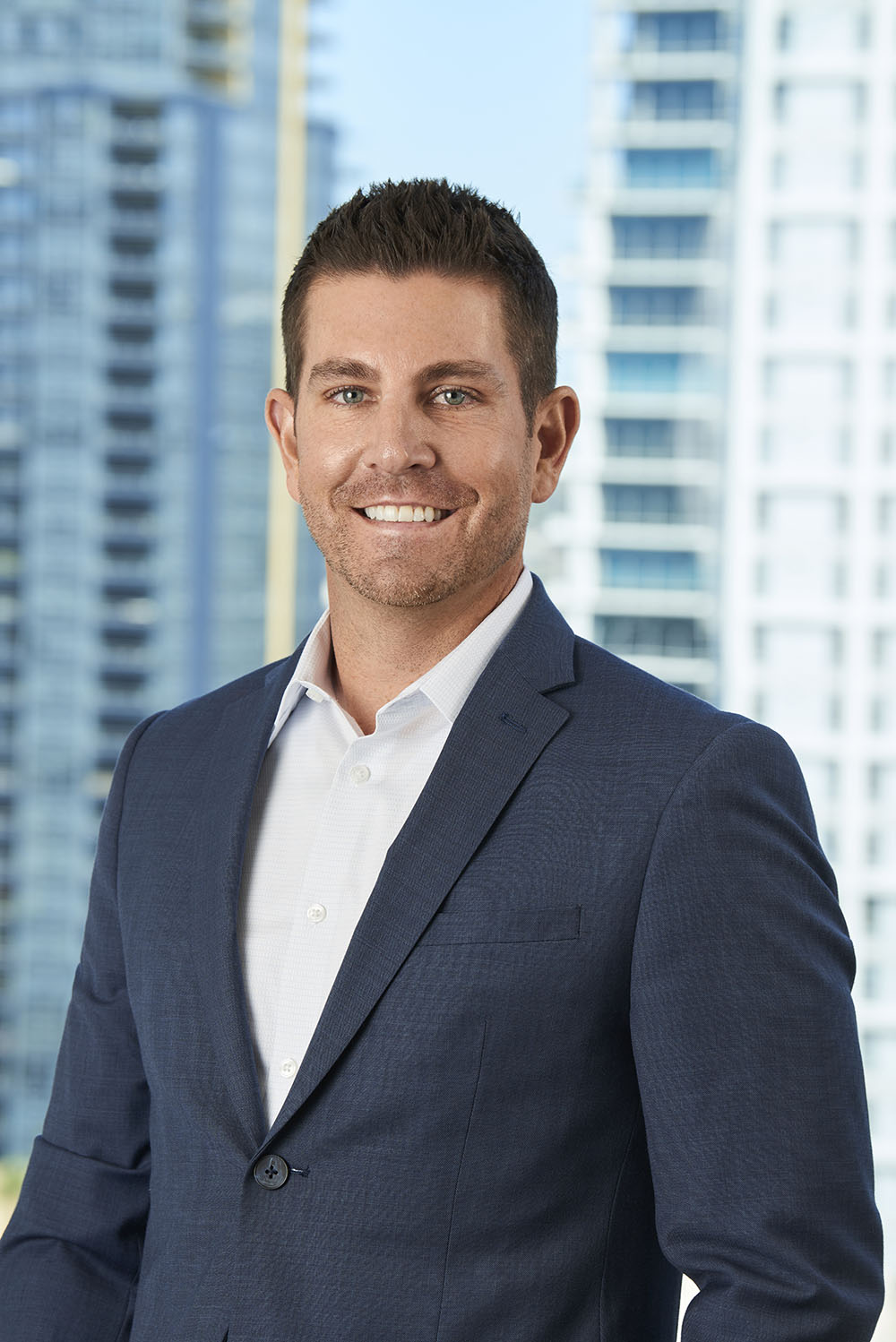 Rob Chambers has spent his entire career representing those who have suffered catastrophic injury and significant economic harm. A seasoned trial attorney, Rob has successfully litigated complex cases across the country involving personal injury and wrongful death, wildfires, business and intellectual property disputes, and product liability.
He is an accomplished wildfire litigator, having represented dozens of cities and counties in cases against utility companies, including PG&E and Southern California Edison, for fire-related damages to the public entities’ infrastructure. In addition, he has extensive experience representing thousands of individuals and businesses whose lives were devastated by utility-caused wildfires. To date, he has helped to recover more than $1.36 billion in settlements on behalf of his clients.
Read more
Rob has received numerous awards and accolades for his work on behalf of clients. In 2017, 2018, 2019, and 2020, Rob was selected as a Super Lawyer – a recognition reserved for only the top 5% of attorneys in California as determined by their peers. Super Lawyers also recognized him as a Rising Star in 2015 and 2016. He was named a San Diego Top Lawyer in Personal Injury by San Diego Magazine, and is listed among the Top 100 Trial Lawyers in California by the National Trial Lawyers. In addition, he maintains the highest possible AV Preeminent® Peer Review Rating by LexisNexis® Martindale-Hubbell® for his legal ability and high ethical standards.

Rob received his undergraduate degree in Sports Medicine from Pepperdine University, and his law degree from California Western School of Law. Gerissa Conforti brings her years of litigation experience as the firm’s commercial and business litigation partner and is an integral attorney within the class action and mass torts department.

With extensive experience litigating cases in state and federal court, Gerissa has represented several Fortune 500 companies and global enterprises in complex business disputes ranging from fraud, breach of contract, commercial real estate disputes, products liability, and premises liability, to general liability issues, among others. She has represented hundreds of individuals in investigations and prosecutions by state and federal agencies and has been lead defense counsel in nearly 50 federal criminal cases in the Southern District of California.

She currently serves as outside general counsel for several startup companies, commercial and multifamily residential landlords and other businesses, providing strategic guidance on risk management, compliance matters, real property acquisitions, and lease negotiations. She also provides advice on a wide variety of contract and business issues, and represents her clients’ interests in all stages of litigation. Her work on behalf of individuals focuses on class actions, mass torts and complex multidistrict litigation, advocating for those who have been injured by a defective product or harmed as a result of negligible or wrongful conduct.

Gerissa completed her undergraduate degree from University of California, Riverside, graduating cum laude in 2006.  She earned both her Juris Doctorate (2009) and Masters of Law in Trial Advocacy (2011) from California Western School of Law, where she received multiple awards and accolades for her academic performance and trial advocacy. She was selected to the San Diego Business Journal’s “Best of the Bar” list, honoring lawyers chosen as the most outstanding in their field, and has been nominated for both the Young Attorneys for the San Diego Daily Transcript and Outstanding Young Attorneys for UT San Diego. She served six years on the Board of Directors for California Western School of Law Alumni Association (2012-2018), and the Board of Directors for California Attorneys for Criminal Justice (2012-2015), chairing various committees and serving in leadership positions.  She continues to serve the legal community and maintains active involvement in a number of organizations. Tarina Mand is an attorney at Dixon Diab & Chambers representing plaintiffs in complex litigation matters, including class action and mass tort cases, as well as employment matters including discrimination, harassment, and assault. She actively litigates cases in both Superior Court and Federal Court, including jury trials in federal and state court.

Tarina is a leader within the community, advocating for inclusion and equality. She was the co-chair of the Women’s Advocacy Committee for Lawyers Club, and as former two-term President of the South Asian Bar Association of San Diego she launched the Equal Pay Transparency Initiative.  She also serves as the co-chair for the Diversity and Inclusion Subcommittee for the Federal Bar Association. She previously served on of the San Diego County Bar Association Committee on Diversity and Inclusion, as well as the County Bar Leadership and Outreach Committee. She became one of the first members of the newly launched California Judges Association’s Committee on Law Student Wellness & Ethics, and currently helps mentor law students through Lawyers Club Mentorship Connection Program. She also provides pro bono legal services to veterans and victims of human and civil rights violations.

Tarina earned her Bachelor of Arts in Literature from the University of California, San Diego. She received her Juris Doctorate at California Western School of Law where she received the Distinguished Student Award in 2016, receiving a scholastic scholarship every year. Kelly McDaniel is a Senior Paralegal at Dixon Diab & Chambers LLP.  Kelly specializes in complex litigation matters, including preparing filings in every jurisdiction as well as multi-district litigation and judicially coordinated complex proceedings, and has been the lead paralegal on federal and state class action jury trials. Kelly is a vital member of the firm, managing all aspects of the litigation support for all the cases. Kelly graduated from San Diego State University with a Bachelor’s degree in Criminal Justice Administration.  She then attended the University of San Diego’s Paralegal program where she completed the program with honors and began working as a paralegal in 2007.

In her spare time, Kelly enjoys spending time with her family, hiking with her dogs, and completing DIY projects on her home with her husband. Kristen Henry is an executive assistant and paralegal at Dixon Diab & Chambers LLP.  Kristen is an integral part of the team working on cases relating to defective products against pharmaceutical companies and medical device manufacturers, as well as utility-caused fires throughout California.

In 2017, Kristen graduated from San Diego State University earning a bachelor’s degree in English. Kristen decided to further her education at Miramar College where she received her ABA Approved Paralegal Certificate in Legal Studies.

In her spare time, Kristen enjoys traveling, spending time with friends and family, and attempting to cook. Julia Collins is a client liaison and legal assistant at Dixon Diab & Chambers.  She has worked with the team for years to help obtain compensation for hundreds of clients devastated by utility-caused fires, in addition to class actions and mass torts.

Prior to joining Dixon Diab & Chambers, Julia had years of customer service and medical training in hospitals, working with cancer patients and conducting otoacoustic emission tests on infants to detect hearing loss at birth. Julia served in the United States Marine Corps, including tours in Afghanistan and Iraq.

Tell Us About Your Case

Reach out by email, phone or use our contact form.